The struggle is real when trying to pick what to eat and be eco-conscious. It feels like every type of food comes with its own set of issues, unless you are literally growing kale in your backyard using droppings from your pet hamster for fertilizers.

Good news – we’re here for you in Ducky, to explain, simplify and give you practical advice for good choices. Today, let’s delve into maybe the most contentious of all – meat!

From a climate perspective, the question of whether or not to eat meat is relatively black and white. The production of meat, especially from ruminant animals like sheep or cows, emits far more greenhouse gases than plant-based food sources.

However, how people get their calories is a more complex issue than just minimizing the climate impact: there’s the question of how animal husbandry shapes landscapes and local food production systems.

Let’s take a look at the case of Norwegian agriculture.

First, some background! Norway has a challenging climate for agriculture, so despite the modest population of 5.3 million, about 50% of food by energy is imported. The growing seasons are short, and the landscape steep and inhospitable – only 2.1% of the land area is arable.

Sheep thrive grazing free range during the summer in the mountains of Norway. The sheep maintain what are referred to as ‘cultural landscapes’, keeping in check growth that would normally over time become forested. These landscapes have been around for a couple of thousand years and are part of Norway’s cultural heritage.

As more Norwegians turn to sustainable living, we’re starting to run into many “green on green” conflicts, whereby an action that benefits one aspect of the natural world may have negative impacts on another.

Lowering livestock consumption to reduce greenhouse gas emissions has often raised the question of how harmful that would be to Norway’s cultural landscapes. Would they disappear if Norway started eating less meat in order to reduce their carbon footprint?

Does it promote biodiversity?

First of all, it’s important to note that considering cultural landscapes as ‘natural biodiversity’ is not as straightforward as it might seem. These landscapes have only existed for a couple of thousand years – a blip on an ecological timescale, and are very much a human creation.

It is true that the break-up in the constant swathes of forests allow more species to persist as a result of more diverse landscapes. Yet ‘more’ does not always equal ‘better’ – which any ecologist dealing with invasive species can tell you.

Does that mean these cultural landscapes are bad? Not necessarily. They’ are an important resource for pollinators, which Europe desperately needs to help out, for our sake as much as theirs. Plus, if a landscape isn’t doing obvious harm to the larger ecosystem (which I would argue cultural landscapes don’t), then cultural significance is a more than valid reason to preserve them.

The problem is that a growing population requires growing food resources. Cultural landscapes blossomed in Norway throughout the 1800s, yet by the end of that century the population of Norway was only 2.2 million.

Increasing our meat production in line with a rapidly growing population means that what were once patches of grazed land have grown, and a mosaic landscape turns into a less diverse one. On top of that, Norwegians eat more meat nowadays than they did 50 years ago, which means that in many places traditional grazing culture isn’t enough to sustain our growing demands for livestock.

Can Norwegian landscapes sustain meat production? Absolutely, but not at the current rate of consumption. Less mass-produced meat and a return to more traditional farming methods would help to both preserve cultural landscapes and reduce our carbon emissions.

Another facet of this issue is food security and self sufficiency. To remain stable in times of crisis and war, it’s of interest to not be too dependent on import. This became especially clear during the pandemic.

However, it’s important to remember that animals can’t graze in the mountains all year – they’re dependent on eating grains throughout the winter months. In the years 2002-2011, an average of 80% of grains produced in Norway went to feeding animals.

So what if we used those grains to feed humans instead?

A 2017 master’s thesis simulated possible outcomes, and found that if Norwegians were to reduce their meat consumption by 30%, self-sufficiency could be increased from around 50% to 80%. So this is a possible win-win for the climate and the country – increased self-sufficiency, but reduced meat production and thereby greenhouse gas emissions!

And what does 30% reduced meat consumption look like? Actually, it’s not that dramatic.

The truth is that the meat consumption in the Western world has increased with affluence, beyond what is necessary and recommended for a balanced diet.

That means that the single most powerful way to reduce the overall carbon footprint of Norwegian food production, is to graze fewer sheep.

There is carbon sequestration related to grazing animals in the cultural landscape. As they eat the crops, new ones grow back quickly, absorbing carbon from the atmosphere.

On the other hand, allowing cultural landscapes to become reforested, or even use them to, grow biomass specifically for biofuels, would increase carbon sequestration and therefore be net climate positive. And this is even without counting the positive effect of less animal husbandry.

I’d like to debunk, once and for all, the myth that local meat is better for the climate than import protein sources like beans. 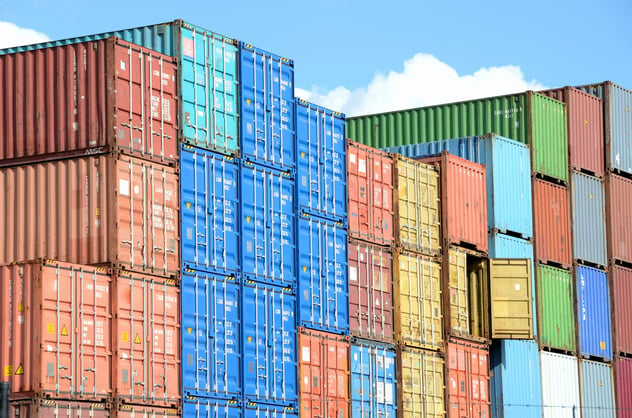 Due to the magic of the shipping container, global shipping is actually incredibly efficient, and the portion of your food’s footprint that can be attributed to transport is very small – likely less than 10%. Focus on how your food is produced – not where it’s produced!

That said, local, plant-based foods are likely the best option for the climate, although they might be harder on one’s wallet in some cases. Producing meat is just fundamentally less efficient than producing plants as food.

So what to do?

But you don’t have to reduce your meat consumption to zero. If you enjoy meat, support sustainable agriculture by buying from small farms with animal and landscape-friendly practices.

By replacing some meat with other delicious foods, we can feed the planet, promote biodiversity, and take a big step towards meeting our climate goals.

Dr. Sam Perrin is a freshwater ecologist who completed his PhD at the Norwegian University of Science and Technology and is currently working as a climate data analyst at Ducky AS. You can read more about his research and the rest of the Ecology for the Masses writers here, see more of his work at Ecology for the Masses here, or follow him on Twitter here.

What 18,000 Empty flights Does To A Climate Optimist

The Climate Competition «every» company is talking about