Of Course Climate Change Is A Threat To Global Ecosystems

Last week, prominent Australian conservation scientist Professor Hugh Possingham caused quite a stir when he stated that “personally [he is] not convinced that climate change is a huge threat to many species”.

Last week, prominent Australian conservation scientist Professor Hugh Possingham caused quite a stir when he stated that “personally [he is] not convinced that climate change is a huge threat to many species”. This naturally sparked heated debates among ecologists the world over, with varying levels of vitriol. As Dr. Charlie Gardner put it, it “is an extraordinary thing to hear from a leading conservation scientist”.

I’ll admit that when I first heard it, my gast was thoroughly flabbered. Hugh is a conservation scientist who hails from a country in which over a billion animals were killed by extraordinarily intense fires at the beginning of last year, and where coral bleaching is destroying marine ecosystems at a depressing rate.

But I wanted to try and be measured, so let’s go through some of the questions that rose from Hugh’s statement, and the reactions that ensued.

NB: In light of the pile-on we’ve already seen, I should note that Hugh has since clarified his stance somewhat, admitting that the initial Tweet was poorly phrased and citing ‘communication incompetence’. However the Tweet will have already been taken at face value by many, so I’ll do so here. it’s worth noting that although the Tweet itself could be dangerous, Hugh has done immense work for Australian species in recent decades and that should be recognised.

Is climate change a threat to species?

Yes. For a number of reasons.

Let’s go through them though. Just by itself, climate change causes a huge rise in extreme events, like fires, heatwaves, floods and storms. The latest IPCC Physical Science report suggests that a two degree increase in global average temperatures will also lead to an increase in frequency of extreme heat and rain events. A 1-in-50 year event would be more likely to occur every ten years, for instance. Many species can tolerate infrequent extreme events and bounce back in the intervals between them, but if those intervals shorten then the story’s not so optimistic.

An increase in temperature also disrupts food webs. Admittedly, the science here is a little conflicting, and very incomplete. There are some species that may be ok, and even do better, with slightly increased temperatures. other species, such as the corals that line reefs around the world, not so much. For many groups of species, we just don’t know exactly what the effect of increasing temperatures will be. But there’s no way a consistent effect in temperature leaves an ecosystem unaffected.

The real problem with climate change though, is its compounding effects on other threats to ecosystems. Climate change has already started rearranging food webs by sending some species further towards the poles, tracking warmer weather. The fact that some species move faster than others means that this results in new interactions between species, many of which will be negative for the species involve.

Increased temperatures can also worsen the effects of already established invasive species, making it even more difficult for natives to persist in areas where they’re already being outcompeted.

The effects of habitat destruction, which is the largest immediate threat to global biodiversity, are also worsened by increasing temperatures. To use the example of the bushfires once more, many of the species affected by the fires would have been able to maintain viable populations had most of their habitat not already been so thoroughly obliterated by decades of land clearance (and if a bevy of feral cats hadn’t been prowling around wiping out stragglers).

So yes, despite the fact that we don’t know the full extent or nature of the threat that climate change poses, it is certainly a threat.

Is it the threat species should be most worried about?

Probably not. Those two threats I mentioned, habitat clearance and invasive species, pose far more severe concerns in the short term for far more species around the planet. Hugh even since clarified that he does believe climate change is a threat, just not compared to issues like these.

While the Bramble Cay melomys made headlines for being the first species to go extinct as a direct result of climate change a few years back, hundreds (if not thousands) of species go extinct every year as a product of much more immediately damaging activity. While people in the Global North often think of land clearance as being something that happens in places like Sumatra or the Amazon, it’s a very real part of life in almost every country in the world.

Even in a country like Norway, filled with forests and fjords, biodiversity-rich old-growth forest makes up a tiny fraction of that area. Add to that the myriad invasive non-native species with which decades of globalisation and colonialism have filled almost every country.

So I should care about one more than the other?

No. And full warning, this is where things get very subjective.

None of these threats can be treated as mutually exclusive. Their consequences for ecosystems worldwide are inextricably linked, and for the most part worsen each other’s effects. As Western Australian zoologist Eddy Cannella put it, it’s part of “the insidious problem of dealing with [climate change]. It adds (in a slow creeping way) a pretty big over-arching impact to the already burgeoning accumulation of impacts, and it seems to have a finger in the pie of all those threatening processes”.

There has often been consternation from conservationists at the attention that climate change gets in the media. Several former colleagues, including my PhD supervisor, wrote prominent articles in Norwegian papers recently urgently reminding the populace that climate change is not the only threat we face, and that biodiversity needs to be maintained as well.

But as much as that attention might sideline habitat destruction and invasive species*, there’s no point sidelining climate change in turn when talking about the threats that ecosystems and species face worldwide.

The good news is that as Dr. Daniella Rabaiotti stated, “a lot of the solutions [to climate change] also help solve other threats”. Reducing our carbon footprints and living more sustainably means less land clearance, and putting pressure on governments and industries to enact more sustainable policies does the same thing.

There are some conflicts of course, but by and large conservation and sustainability policymakers have taken great strides in recent years in considering both biodiversity and climate change simultaneously.

If you’d like to read thoughts from other biologists, including those mentioned above, I’ve linked them below.

I'm not convinced we have even scratched the surface of the threat climate change poses to most species. Species responses to climate are incredibly varied. The good news is a lot of the solutions also help solve other threats. https://t.co/bFsYsczheY

Personally I am not convinced that climate change is a huge threat to many species. Plus it is hard to know what local groups can do about it. "Conservation documents for half of all critically endangered species don't mention climate change" https://t.co/KxKKh3CCbv

"I am not convinced that climate change is a huge threat to many species" is an extraordinary thing to hear from a leading conservation scientist, from Australia, in 2021.

It's also dangerous and needs to be countered, so here goes 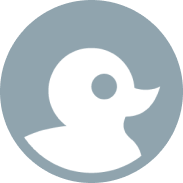 What Don't Look Up Teaches Us About Ourselves

Fjordkraft customers can now monitor their own energy emissions footprint