How to organise a kid's clothes swap

One thing is certain with kids, they grow. Sometimes faster than you realize. This also means that they grow out of their clothes in a blink of an eye.

And since they do grow fast most clothes are often in a very good condition when your little one has grown out of them. Maybe you have friends and relatives to give them to, or a great second hand store that can sell your stuff on commission.

But then you still need to get new clothes for your kiddo. Hopefully you have some friends who can give you their kids old clothes or a great children's second hand nearby.

One great way to get rid of the old clothes and get new ones is to arrange a clothing swap!

I was part of arranging a swap for kids' clothes a few weeks ago and it was such a great experience! I thought that I’d share some learnings and tips on how to arrange one. I also asked Caroline Jonsson, who initiated these swaps, what made her start them. Caroline has also initiated a concept called “Wandering bags” in our area. People sign up for a bag, for example “Womens clothes size M” and the first person fills the bag (we are in Sweden so obviously it’s an Ikea-bag!) with clothes that they don’t use and sends a message to the second person on the list.

They meet, person nr 2 goes through the clothes, takes ones they like and puts new ones in the bag and so on. Some people stay in the group for a long time and some do just one or two rounds. 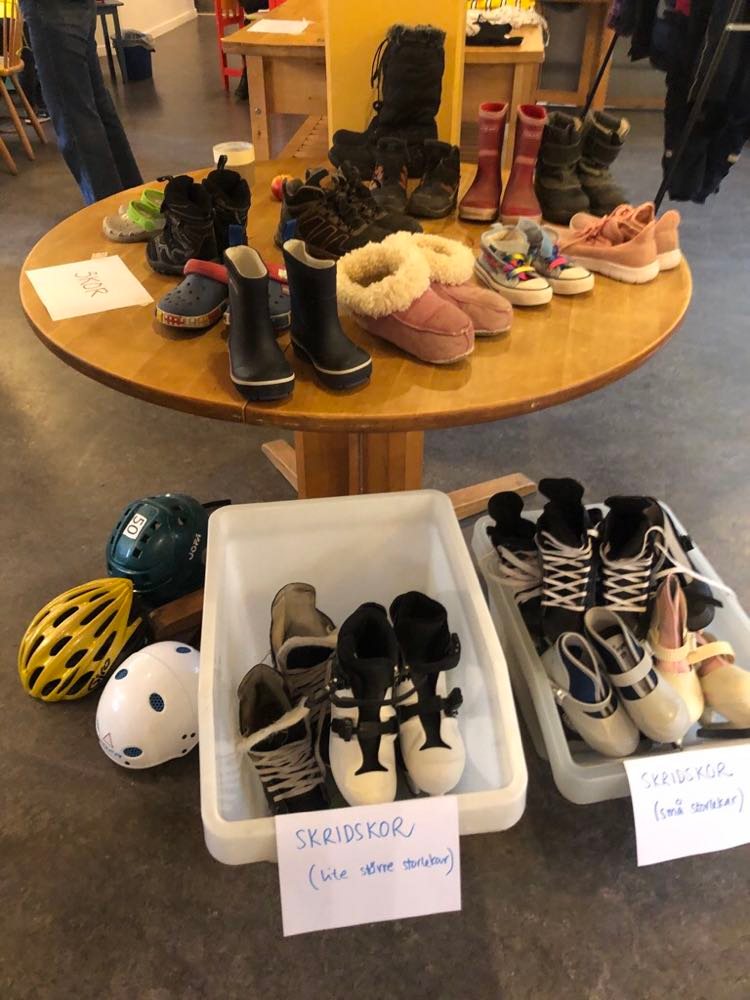 “I’ve been buying second hand clothes for as long as I can remember and when the climate crisis is escalating I felt a few years ago that I wanted to take it one step further. I wanted to come as close to zero new consumption as possible and tried out different ways of doing this. It was during this time that I just wrote in our neighborhood Facebook-group if somebody wanted to arrange a clothes swap with me and luckily several people were interested. Since that we’ve arranged three swaps which have all been a huge success. And the Wandering Bags that I’ve started have now 72 members circulating clothes and household things. It is really something that should exist everywhere!”, says Caroline Jonsson.

My daughter and I left the swap with, among other things, a pair of unicorn tights (I can tell you she was happy for those!), a swimming suit, sweater and tights for a friend's baby.

Tips and tricks on how to organize a (kid’s) clothes swap:

What do you need?

Now this was a swap specially for kids clothes but the same group is arranging a new swap for adults in just a few weeks.  A swap could also be even more narrow and have a theme! Why not arrange a swap for masquerade clothes or for outdoors clothes specifically? Sports gear? Or start by inviting a few friends over for a clothes swap - dinner.

Swapping is a great way to get that “I’ve purchased new stuff - dopamine” without harming the climate or your wallet! Added bonus is that it’s fun to see your own old clothes disappear from the tables and to know that they will be used again by somebody else.