The EU Taxonomy: what it is and why it gives me hope for a sustainable future

Those of you not seeped in the work of sustainability reporting may have missed the recent introduction of the ‘EU Taxonomy’. While it may sound like yet another piece of overly bureaucratized legislation, it’s a new initiative meant to spur financing in sustainable activities.

It’s also intended to hold large businesses responsible for their social and environmental footprint, an important goal in a world where our own quest for sustainable lifestyles often feel overshadowed by the greed of big business.

This is quite an ambitious goal, and may smack just a tad of idealism. The additional kicker is that the taxonomy is being designed and written simultaneous with its implementation. Pessimists out there might be already saying “hold up, that sounds like some newfangled form of greenwashing (more on what greenwashing is later on).

Fair play, we’ve seen plenty of that among the world’s governments. But I want to take a few minutes of your time right now to show why I, as an ecologist, am cautiously optimistic of what the taxonomy could mean for our future, and why it may be more important than you think.

What is the EU Taxonomy?

Much like the Linnaean taxonomy we use to classify all living things, the EU taxonomy seeks to classify whether an activity is environmentally and/or socially sustainable. The term “sustainable” gets thrown around a lot and defined very little these days, but in this case it refers directly to activities within the UN’s Sustainable Development Goals, a series of goals the UN defines as critical to building a better future.

The first part of the EU Taxonomy is the Sustainable Finance Taxonomy, and is aimed at helping those that want to invest in sustainable companies know whether or not a company is truly sustainable, or simply a grubby oil baron with a good PR team. This portion of the taxonomy is to be implemented this year.

The next stage of the regulations will roll out next year. This stage will directly target large businesses, forcing them to report metrics on a number of environmental objectives (climate change mitigation, climate change adaption, water and marine resources, circular economy transition, pollution prevention and control, and biodiversity and ecosystem protection).

Then, these same companies will have to demonstrate how they will contribute to these environmental objectives, set measurable goals for further improvements, collect data on how they are reaching those goals, and then be held accountable for whether they actually do what they said they would do and have reached their goal.

The EU Taxonomy is founded on six objectives:

In addition, activities falling under one or more of these objectives must “Do No Harm” to another objective. For example, you cannot claim to participate in climate change mitigation by razing a large swathe of rainforest to set up a solar farm. This action may contribute to objective 1 but does harm to objective 6 (at the very least).

By now, the flaws are obvious. The objectives are obviously very broad, giving companies a ton of wiggle room for defining how they are going to be better versions of themselves. I haven’t even told you yet that there is no teeth to these regulations – companies that do not reach their goals face no consequences.

So why am I so optimistic?

An end to greenwashing?

While there are lots of reasons the EU Taxonomy is being created, the thing I think it will do best is end an infuriating problem called greenwashing.

Greenwashing is when a business tries to cover up its general lack of concern for the planet, its future, and the future of the people on said planet, by pouring a bunch of money into its PR department and giving itself a sustainable image. Say for example (purely hypothetical, definitely don’t see this on the way to work every day) an oil company buying a bunch of city bikes, and plastering their name all over said bikes with green paint.

Greenwashing has become so commonplace over the last decade it’s increasingly hard to identify. With a large scale classification system in place identification becomes easier. The aforementioned (DEFINITELY HYPOTHETICAL) oil company needs to actually show us how much they spent on biodiversity and ecosystem protection.

In no way do I think this system is foolproof. It’s a new approach – there will be stumbling blocks and liars. However, I work in a large company where the buzz on the street dictates that to operate as a business in 2021 you HAVE to prove to your customers that you are at least trying to be sustainable. This is a big shift from 20 years ago when being environmentally friendly was far less important than whatever you need to do to make money, with customers not making any demands to the contrary.

The knock on effects of something as big as the EU taxonomy are hard to predict, but there is already some silver lining showing with new schemes such as better loans (e.g., lower interest rates) on more sustainable housing . In the context of the current housing shortage this is an especially important effect to consider. Thanks to the EU taxonomy, there is now some incentive to build in places with fewer effects on endangered species or places with high amounts of biodiversity and use materials that are less harmful to the environment.

Do I think the EU taxonomy will hold all corporations to the highest standard leading to us all saving the planet? No. However, it is a huge step in the right direction, mostly because it signals that customers and investors are beginning to take the climate crisis and unprecedented biodiversity loss seriously, and demand that companies do better.

I also think it is a useful tool we can use to try to gauge how serious companies are about being ethical, to separate those that are practicing greenwashing from the companies that are honestly doing due diligence and trying to help in our fight for a sustainable future for humanity.

Dr. Lara Veylit is a population ecologist hailing from California who recently completed her PhD at the Center for Biodiversity Dynamics (CBD) at NTNU and is currently working as a data scientist for TietoEVRY. Her thesis focused on studying the population dynamics and life history evolution of managed populations of wild boar (Sus scrofa) in Europe. You can read more about Lara at her Ecology for the Masses profile. 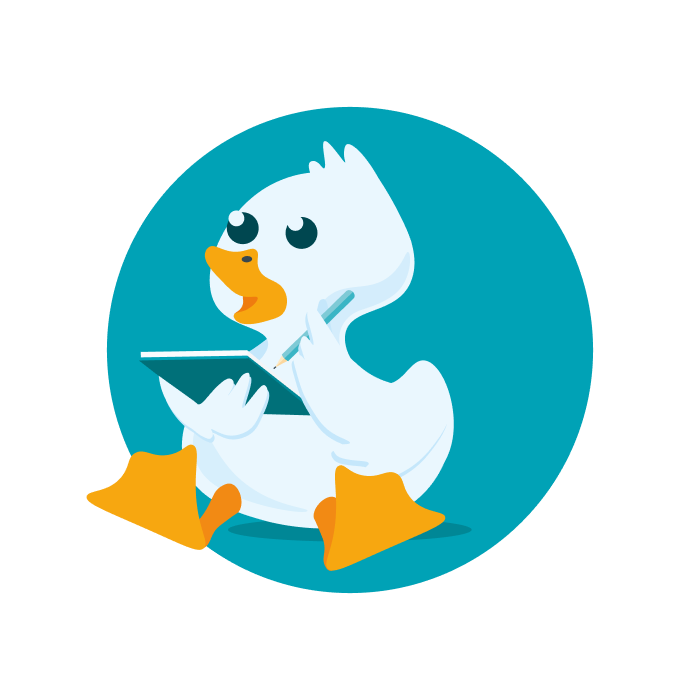